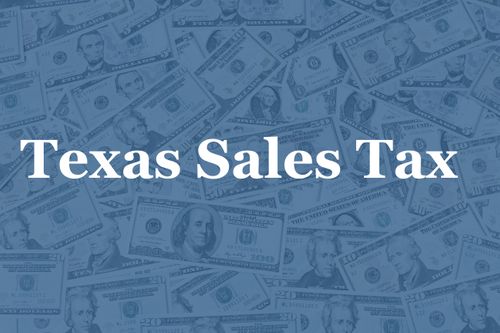 Seeking to turn the tide of numerous court loses, the Texas Comptroller has adopted a new strategy to use against Texas businesses. Specifically, the Comptroller directs our legislature to amend Texas sales tax statutes and label the amendments as “clarifications” of existing law so that he may retroactively tax Texas businesses. The Comptroller seeks to do this through amendments offered this legislative session. The amendments, if passed, would overturn at least one pro-business Texas Supreme Court opinion, and bolster the Comptroller’s litigating positions in several pending cases. It seems as though the Comptroller used the list of litigation pending against him to craft his proposed legislation.

For instance, in Senate Bill 1525, the Comptroller seeks to overturn the Texas Supreme Court’s opinion in Combs v. Roark Amusement & Vending. In Roark, the court held that the resale exemption applies to purchases of taxable items resold as an integral part of a taxable service, even if the service is not actually taxed. Thus, the Texas Supreme Court determined that Roark was entitled to purchase tax-free plush toys that it later transferred as an integral part of its taxable amusement service (claw machines played by children), despite the fact that this amusement service was not actually taxed under the Texas Tax Code due to an exemption for coin-operated machines. So, in Senate Bill 1525, the Comptroller directs the Texas Legislature to amend the definition of a taxable amusement service, in Texas Tax Code § 151.0028, to remove “services provided through coin-operated machines that are operated by the consumer.” In effect, if coin-operated machine amusement services no longer constitute a taxable amusement service, then the resale exemption no longer applies for purchases of items transferred as an integral part of the service.

Similarly, the Comptroller seeks to prevent a potential defeat in pending district court litigation in which a fracking company seeks a refund of sales taxes paid on proppants and chemicals used to provide oil well services, like fracking and acidizing. Senate Bill 1525 amends the definition of a resale to expressly exclude “the sale of tangible personal property to a purchaser who acquires the property for the purpose of using, consuming, or expending it in, or incorporating it into, an oil or gas well in the performance of an oil well service taxable under Chapter 191.”

Practitioner Commentary: The Comptroller, through Senate Bill 1525, labels each of these proposed amendments as a clarification of existing law, even though they are a direct response to either pending or concluded taxpayer litigation. The Texas Comptroller’s practice of re-writing history by directing our Legislature to retroactively amend Texas taxing statutes while labeling them as clarifications of current law is a very damaging practice for Texas businesses who read and rely on the language of the laws in effect at the time they are determining whether or not to collect Texas sales tax. Moreover, changing these laws retroactively unfairly harms Texas businesses that have invested in litigation seeking court orders enforcing the laws as written, and subjects other businesses to adverse audit assessments for past periods. Therefore, affected Texas businesses should contact their legislators or consult with a lobbyist to determine whether to oppose this proposed legislation.

Martens, Todd, Leonard & Ahlrich is a trial and appellate law firm headquartered in Austin, Texas, that handles only Texas tax cases and specializes in Texas sales tax and Texas franchise tax controversies. The firm’s attorneys handle cases from filing to ultimate disposition by appellate courts of last resort, including the Texas Supreme Court and the United States Supreme Court. The firm’s attorneys also frequently speak on a variety of Texas sales tax and franchise tax topics and publish articles in various journals, including the Journal of State Taxation, the Texas Bar Journal, the Texas Lawyer, and the Texas Tech Administrative Law Journal.