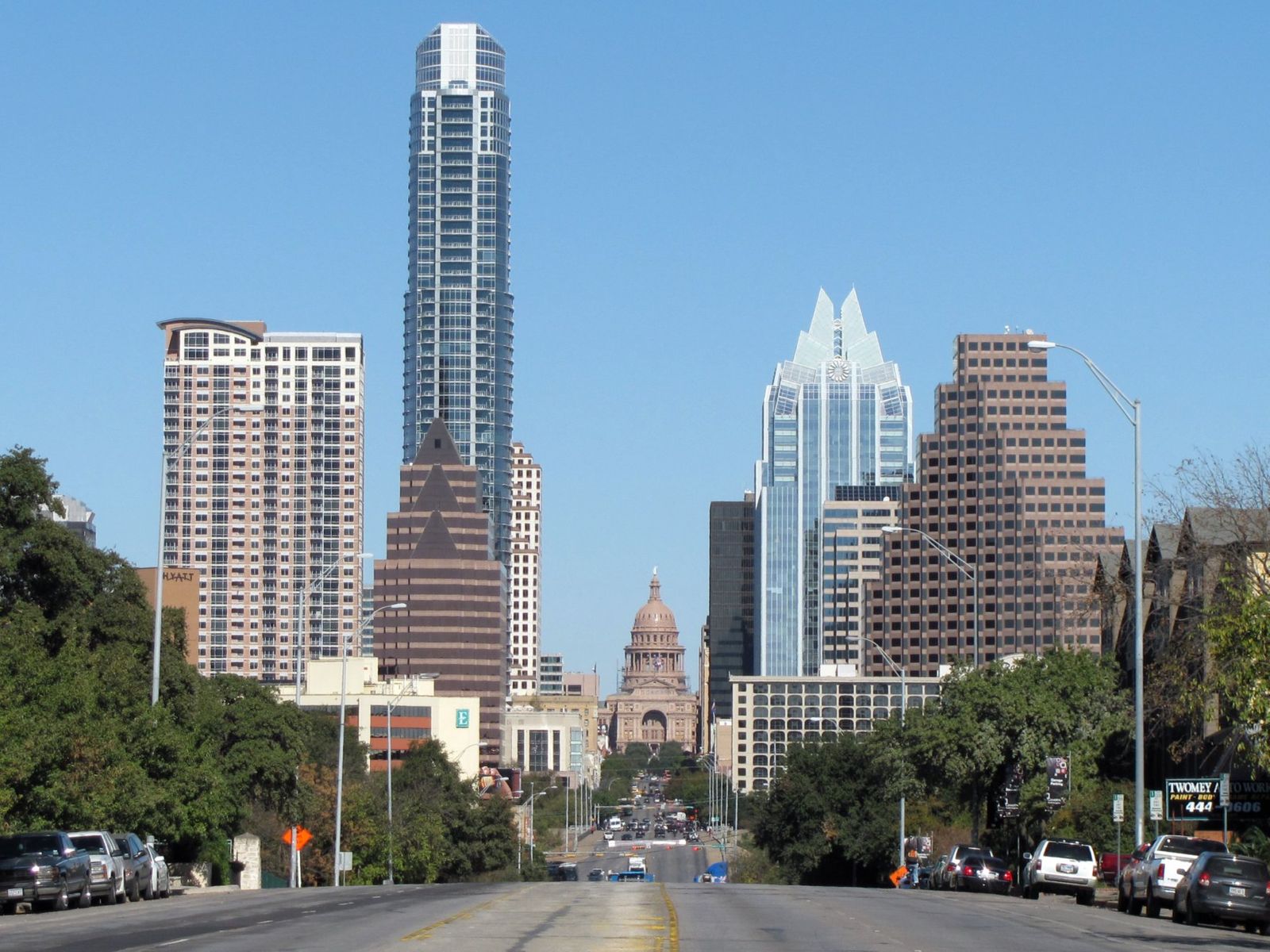 The Texas Comptroller has adopted broad amendments to his Rule 3.591 governing franchise tax apportionment. In doing so, the agency rewrote numerous detailed rules for sourcing dozens of different types of receipts. Notably, for receipts from services that don’t fall under one of the specific rules, the Comptroller’s rule codifies the “end-product act” test which first appeared in a 1980 Comptroller Hearing (Decision No. 10,028) and was recently employed by the Third Court of Appeals in Hegar v. Sirius XM Radio, Inc., No 03-18-00573-CV (Tex. App.—Austin 2020, pet. filed). The Comptroller intends to apply the adopted rule retroactively except for a few provisions which he concedes are changes in policy.

· Distinguishes between financial derivatives sold for hedging and securities treated as inventory, but sources both categories to the location of the payor

The Comptroller has formally adopted these changes which were published in the January 15, 2021 issue of the Texas Register. Because some of the changes explicitly take effect in report year 2021, the Comptroller is poised to apply the other provisions retroactively. He signaled this intention by asserting in the proposed rule that they “reflect current guidance,” while simultaneously admitting that the amendments require that he “supersede prior inconsistent rulings.” 45 Tex. Reg. 8104, 8107.

Because the Comptroller takes the position that the adopted rule “reflect[s] current guidance,” taxpayers should consult with their tax advisors or attorneys to determine whether they should file amended franchise tax reports for periods still open under Texas’ statute of limitations (generally four years from the date the tax was due and payable). Depending on a taxpayer’s circumstances, amending reports may result in an additional liability or a claim for refund. For example, certain types of service providers whose Texas employees provide services to out-of-state customers who previously sourced their receipts to Texas might amend their reports to source revenues to their out-of-state customers’ locations, which could generate franchise tax refunds.

Texas Tax Code Section 171.103(a)(2) provides that receipts from “each service performed in this state” are sourced to Texas. For many years the Comptroller was relatively consistent in using the cost of performance method to source receipts from services. Under this method, taxpayers apportion their receipts to Texas based on the relative cost of providing the services in Texas as contrasted with the cost of providing services everywhere. The Texas Comptroller has decided to follow a number of states who have amended their statutes to adopt a sourcing method referred to as “market-based” sourcing. Under market-based sourcing, taxpayers apportion receipts to the location of the benefit of the services received by their customers. In other words, sourcing under this methodology is based on the state in which the services are delivered rather than the state in which the services are performed.

The Comptroller justifies his rule amendment by using the 1980 administrative decision referenced above. Under his new change in policy, the Comptroller provides general rules for sourcing receipts from performing services to the location of the “receipts-producing, end-product act.” Rule 3.591(e)(26)(A). Under this test, if there is a receipts-producing, end-product act, the location of other acts will not be considered even if they are essential to the performance of the receipts-producing acts. The Comptroller’s justification for disregarding essential activities is that to source receipts otherwise would devolve into using factors like property and payroll as proxies because “no activity of a corporation that generates services receipts is any more important than any other activity, since all are essential to the end-product performance of the service that is sold.” 45 Tex. Reg. 8107 (quoting Comptroller Decision No. 10,028).

“If there is not a receipts-producing end-product act, the location of all essential acts may be considered.” Rule 3.591(e)(26)(A). For example, receipts from sales of admissions to live or pre-recorded events are sourced to the location where the recipients observe the performance, not where a live performance was rehearsed, or where a pre-recorded performance was recorded, or the place where the admission fee was paid. Rule 3.591(e)(26)(A)(i).

If services are performed both inside and outside Texas for a single charge, the receipts can be apportioned to Texas based on the fair value of the service performed in Texas. To determine fair value, the relative value of each service provided on a standalone basis may be considered. Multi-state services can be apportioned based on hours worked. If costs are used as a proxy for value, taxpayers may only include direct costs, not overhead. The rule provides examples for attorneys (based on hours billed from in-state and out-of-state offices) and landscapers (based on number of customer’s locations landscaped in-state and out-of-state, disregarding travel costs).

The Comptroller has issued inconsistent guidance when applying his end-product act rule. This has resulted in taxpayers with similar facts filing franchise tax reports using inconsistent sourcing methods. Since the Comptroller intends to apply his end-product act changes retroactively, we are interested to see how these changes will be applied during audits of taxpayers for prior periods.

Net Gains or Losses from Sales of Capital Assets or Investments

The Comptroller has fundamentally changed the calculation for apportioning gains and losses from the sale of non-inventory assets. Under his prior policy, net losses, in the aggregate, would offset net gains, in the aggregate, subject to certain limits. Under his new policy, net losses arising from individual sales of capital assets or investments are simply ignored. Thus, only the net gains are included in gross receipts. This transaction-level computation applies prospectively beginning with report year 2021. Rule 3.591(e)(2)(A), (C). We anticipate that taxpayers with high volumes of sales of investments and capital assets may face challenges obtaining the information necessary to apply a transaction-level analysis.

Under prior guidance, the sourcing rules for advertising were scattered in different subsections depending on the media type. Under the new rule, regardless of the type of media in which an advertisement is transmitted, advertising receipts are sourced to the location of the audience. The rule requires that taxpayers determine their audience’s location “in good faith using the most reasonable method under the circumstances, considering the information reasonably available.” Taxpayers should use a consistent method each year and support it by records, such as physical locations of the advertising, advertising audience locations recorded in the records of the service provide, and locations listed in published ratings statistics. If the audience locations cannot be reasonably determined, taxpayers may use the fixed 8.7% census-based figure. For report year 2020 and earlier, advertisers may use the physical location of radio or TV station transmitters. Rule 3.591(e)(1)

Internet hosting receipts are generally sourced to the customer location. Internet hosting service is defined as “providing to an unrelated user access over the internet to computer services using property that is owned or leased and managed by the provider and on which the user may store or process the user’s own data or use software that is owned, licensed, or leased by the user or provider.” Rule 3.591(e)(13)(A).

Under the adopted rule, taxpayers may elect to apportion transportation services receipts using one of two formulas:

After proposing to do away with mileage-based apportionment altogether, the Comptroller acquiesced to public comments and retained the mileage option, but modified it. Under the new mileage option, taxpayers may no longer include “uncompensated mileage,” which appears designed to exclude trips taken without cargo. Rule 3.591(e)(33). Previously, taxpayers electing to use mileage-based apportionment had a potential further option between including only miles from paid trips (with passengers or cargo) in the numerator and denominator or including all mileage in the apportionment factors (which would include “empty miles” trips without passengers or cargo).

Census-based percentage apportionment to Texas increases from 7.9% to 8.7%. This applies to sales of securities through an exchange to unidentified payors, and advertising where audiences cannot otherwise be determined. Rule 3.591(e)(1), (25).

The Comptroller has adopted new rules or modified existing rules for sourcing of receipts from various other types of transactions. Many of the more significant new apportionment provisions are summarized in the following table:

Hardware and software receipts are sourced as the sale of tangible personal property if the hardware is sold with software installed on it.

Digital property not transferred by fixed physical media is sourced as the sale of an intangible to the location of payor.

Digital property as a service is sourced under the end-product act rule.

Gross receipts from the settlement of financial derivative contracts (hedges, options, swaps, futures, forward contracts, etc.) are sourced to the location of payor.

Loans and Securities Held as Inventory

Loans and securities held as inventory are sourced to the location of payor.

Single member LLCs sold by the sole member are sourced to the location of payor.

Along with the substantive changes to apportioning receipts, the proposed rule adopts a new set of apportionment vocabulary. Many of these changes appear aimed at improving clarity and readability:

The Comptroller received public comments to the proposed rule from Union Pacific, Texas Bangers Association (TBA), Securities Industry and Financial Market Association (SIFMA), Rackspace, Motion Picture Association, Council on State Taxation (COST), Texas Taxpayers and Research Association (TTARA), attorneys, and tax consultants. The Comptroller refused to modify his new provisions in response to almost all of these comments, although he made minor concessions in response to comments from TBA, SIFMA, and Union Pacific. In general, he conceded that limited portions of the adopted rule were in fact new policies, and allowed taxpayers “the option of applying the sourcing procedures of the former rule to former periods” in these limited areas (certain types of advertising, net gains and losses, and census-bases securities apportionment).

The adopted rule is available in the January 15, 2021 issue of the Texas Register, and may be accessed before and after the formal publication through the following links: