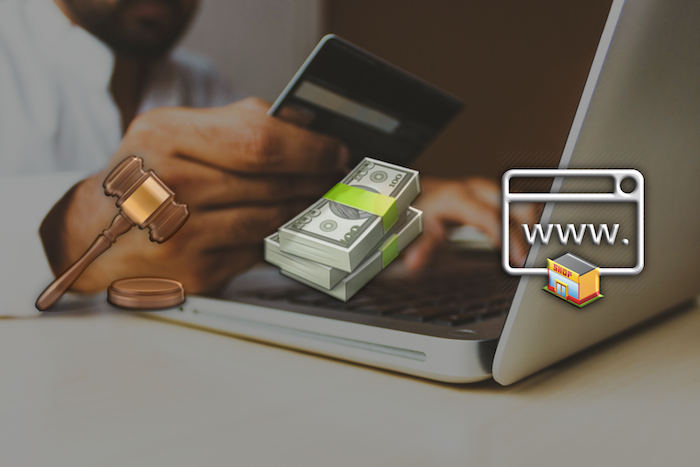 Texas Taxpayers have reached a deal with the Comptroller to delay implementation of the Comptroller’s new local sales tax sourcing rules for internet and shopping app sales until a trial expected to occur the week of June 13, 2022.

On Monday, August 30, 2021, Travis County District Judge Karin Crump presided over hearings over whether to issue an injunction blocking an effort by Comptroller Glenn Hegar to unilaterally upend the local sales tax sourcing rules established under Texas law. The next morning, as the hearing reconvened, the parties announced an agreement to delay implementation of these new rules and the Comptroller acquiesced in the injunction.

The Comptroller’s rule amendments would switch online sales to being sourced to the customer’s location, instead of the business location of the seller. This would apply to many sellers who have only one place of business in Texas. Sourcing online sales to these sellers’ business locations enhanced local taxing authorities’ ability to incentivize taxpayers to locate large facilities within their boundaries, since they could offer the taxpayers a cut of the local sales tax revenue. Generally, local governments (and the citizens they represent) want businesses to relocate within their boundaries. In doing so, the relocated businesses create jobs and boost the local economy. They also generate sales and property taxes for the local governments’ operations to help fund things like public schools and fire departments.

To induce a business to relocate to a particular city, the city may offer the business incentives, often in the form of sharing these local sales tax revenues. These offers are authorized under Chapter 380 of the Texas Local Government Code and are commonly known as “Chapter 380” agreements.

For example, suppose Apple decides to leave California and relocate its headquarters to Texas. To induce Apple to choose Austin, the City of Austin offers Apple a Chapter 380 agreement under which the City will give Apple one-half of the sales tax revenue Apple collects for the City for a five-year period.

Under current law, whenever a customer places an order on the internet for a new iPhone, Apple would treat the order as received at its place of business in Austin, and collect sales tax that it would split, for a five-year period, with the City of Austin under the Chapter 380 agreement. This result would follow regardless of where in Texas the customer lives.

Comptroller Hegar says that these types of arrangements are unfair to the local tax jurisdictions where the customers live, so he amended his rule to say the local tax revenue goes to the customer’s location, where the item is shipped. The Comptroller’s new rule accomplishes this by providing that orders received through apps or shopping websites are not received at the seller’s place of business.

When a Texas customer makes a purchase from a company’s website, or by using its mobile app, Comptroller Hegar says the local tax should go to the location where that customer receives the product, since he or she lives there and receives the local governmental services there, which the local sales tax revenues should help fund.

Although the amended rule went into effect May 30, 2020, Comptroller Hegar provided for a transition period through September 2021 before the new sourcing provisions go into effect. He did this to allow the e-retailers adequate time to adjust their systems to collect local tax at the rate in effect at their customer’s location and to give interested parties a chance to get the Texas Legislature to craft a different solution during the regular session that began in January 2021. Although several bills were filed proposing various local tax rules, none passed during the Texas Legislatures’ 2021 regular session.

Just before the rules were set to go into effect, several cities with these seller facilities sued the Comptroller to protect their local tax revenues. These cities challenged the rule amendments under the Administrative Procedure Act, claiming the rule amendments are facially invalid, conflict with Texas law and deny them the local taxes they are legally entitled to receive. The Texas courts will likely have to decide if the rule exceeds the Comptroller’s authority. In the meantime, these online shoppers’ purchases will continue to be sourced to the business location of the seller.